In September, Torrance Refinery welcomed a new Refinery Manager Sara Wilson. She has since spent a lot of time getting to know her team of employees, refinery operations and the Torrance community. When asked about her first impressions of her new home, Sara said. “It’s fantastic to be in Torrance. I have been very impressed with our skilled workforce; I see daily their dedication to running the refinery safely, reliably and in an environmentally responsible manner, as well as their commitment to supporting our community partners. They’ are remarkable. I look forward to continuing to learn about the South Bay and meeting those who make it such a great place.”

Prior to joining Torrance Refining Company, Sara was Senior Director of Operations Excellence for PBF Energy (PBF). Before that she was Operations Manager of PBF’s Paulsboro Refinery in New Jersey. Sara joined PBF with the 2015 acquisition from ExxonMobil of the Chalmette, Louisiana Refinery, where was the Technical Manager.

She began her career with ExxonMobil as a co-op student at the Mobil Oil Joliet Refinery in Illinois. She graduated from Purdue University in 1994 with a Bachelor of Science degree in Chemical Engineering. While working at Joliet, Sara earned a Master’s degree in Business Administration from DePaul University Kellstadt Graduate School of Business in Chicago.

Sara and her husband Scott have two grown children. She enjoys fitness and the outdoors, and looks forward to exploring all that Southern California has to offer.

Be sure to say hi when you see Sara out and about in town. 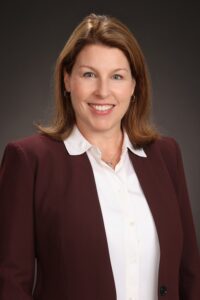